This is the last week to see rare historical photographs taken at Maudsley Hospital in Southwark. The Mausdley hospital was designed in 1907 by the psychiatrist Henry Maudsley and the neuropathologist Frederick Mott. Before its official opening in 1923, the hospital was requested by the Army, and started receiving soldiers in 1916 for the treatment of shell-shock during World War One. 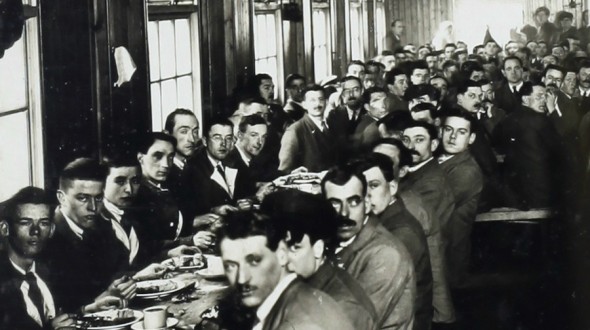 The pioneering treatment of this soldiers did not involved the traditional method used at the time for treating people with mental disorders, like sedating and/or locking patients. Instead, the treatment of these soldiers was more humanized and focused on relaxation, hot baths,  good nutrition, and physical exercises. In the hospital there was also a carpenter’s workshop and a vegetable patch. The Maudsley treated 12,400 cases of shell-shock in three years, and became famous for its innovative treatment and research of psychiatric injuries.

Where: The Long Gallery, Mausdley Hospital, Denmark Hill. Till 24th September (9am – 5pm)