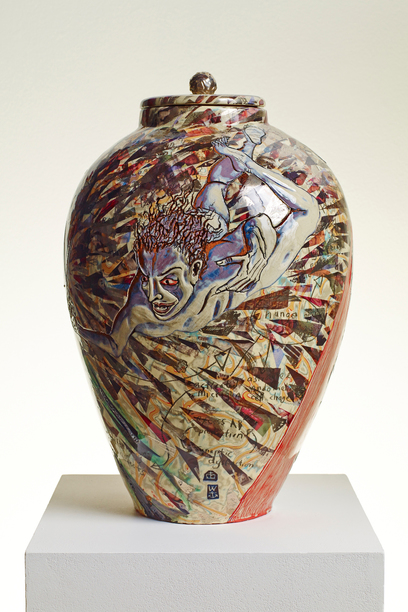 British artist Grayson Perry exhibited his work ‘Memory Jar’ recently at the National Portrait Gallery, a homage to an Alzheimer’s sufferer and his wife, Christopher and Veronica Devas from Dorset. Christopher was diagnosed with Alzheimer’s disease in 2008. Grayson spent three days filming them as part of a Channel Four documentary. He visited Christopher’s former place of work to understand better their memories and even spent a day sailing with the couple. Grayson’s perceptions of the loss caused by the disease during this contact were expressed in his artwork, where their old family photos are shred by a demonic figure called Altzy.

The documentary can be accessed in Channel Four website.