FREUD AND THE POWER OF LOVE 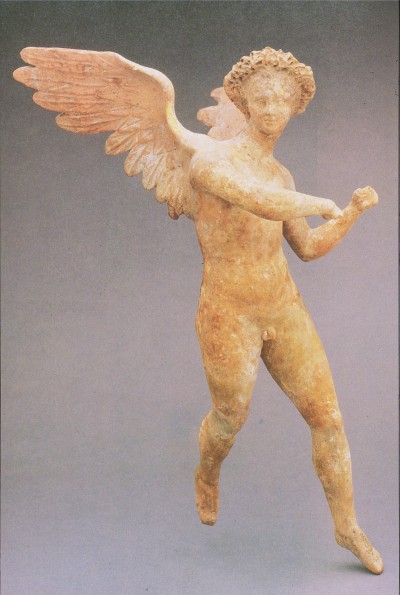 This week is the last opportunity to see the exhibition “Freud and Eros: Love, lust and longing” at the Freud Museum in London. The exhibition explores Freud’s idea on love and erotism, and includes his love letters to his wife; items selected of his collection, like images of Eros and Venus and phallic amulets; together with the work of other artists.

Freud museum is the house where Freud spent the last year of his life, after his exile from the Nazis in 1938. His daughter, the child psychologist Anna Freud, lived there until her death in 1982.

The study was preserved carefully by Anna Freud just as Freud left it, with the famous couch, surrounded by book and his fine collection of Greek, Egyptian, Romand and oriental antiques. Freud’s famous patient “wolf man” described it not as a doctor’s office, but rather as an archeologist’s study. The atmosphere is very mysterious indeed. It also contains photographs of Martha Freud, Lou Andreas-Salomé (his first female patient), Yvette Guilbert, Marie Bonaparte, and Ernst von Fleischl.

Anna Freud lived in the upper room, which contains some furniture from her study, together  with her analytic couch.

Love, lust and longing. Until 8 Mar.