‘WE ARE FAMILY’: PHOTOGRAPHY AND ALCOHOLISM

Richard Billingham (Birmingham, 1970) is an English photographer and artist who became well known after his photo-book ‘Ray’s A Laugh’ (1996). The book shows private snap shots of his alcoholic father Ray, of his heavily tattooed and obese chain-smoker mother, Liz, and of his unruly brother.

“I was living in this tower block; there was just me and him. He was an alcoholic, he would lie in the bed, drink, get to sleep, wake up, get to sleep, didn’t know if it was day or night. But it was difficult to get him to stay still for more than say 20 minutes at a time so I thought that if I could take photographs of him that would act as source material for these paintings and then I could make more detailed paintings later on. So that’s how I first started taking photographs.” 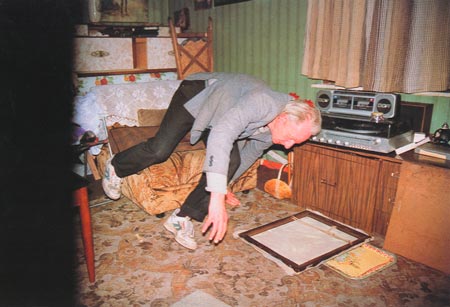 “My dad had moved into my mum’s place by this time and I could not believe how it looked. She’d had two years away from my dad so she had created her own psychological space around herself that was very ‘carnivalesque’ and decorative. There were dolls, jigsaws everywhere. She’d got load of pets by this time; she had about ten cats … two, three dogs.” (Richard (Billingham, In: ‘We are family’, Genius of Photography). 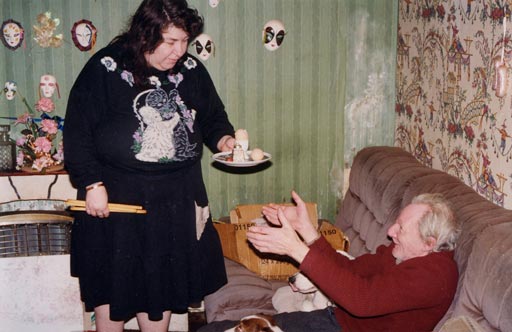 (In 1997 Richard Billingham participated in the famous exhibition ‘Sensation’ at the Royal Academy of Arts, and was nominated for the Turner Prize in 2001)